“To cultivate cocoa is to cultivate hope, peace and legality.” This was reaffirmed by Colombia’s Vice-President, Martha Lucía Ramírez, and cocoa producing families belonging to SOCODEVI-supported associations at a gathering in April 2021 to announce the renovation of 10,000 hectares of cocoa. 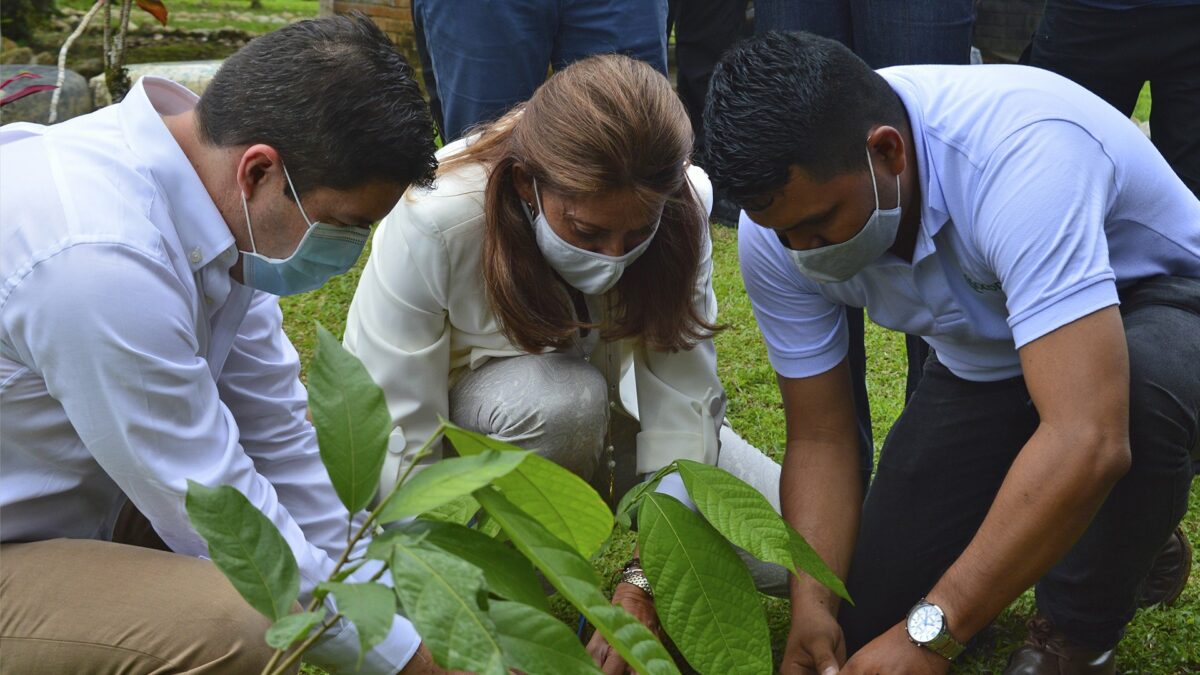 In Colombia, SOCODEVI is contributing to the renovation of 3,300 hectares across five regions through the AGROEMPRENDE CACAO project. These hectares are in addition to the 7,000 hectares of the national government’s “Cocoa Renovation Plan,” which is the outgrowth of a public-private alliance.

” We seek to position cocoa in the same way as we did for coffee: a product with a seal of inclusiveness, for the benefit of women”, said Colombia’s Vice-President, Martha Lucía Ramírez.

An opportunity to connect and discuss

This important gathering took place in Puerto Asís, a municipality in southern Colombia, in the Putumayo department of the Amazon. The region has long been the scene of armed conflict and is known for its coca plantations, from which cocaine is derived.

“With each cocoa plant, we sow hope and build dreams”, said Rubén Escamilla, director of SOCODEVI in Colombia. “We are changing the future together.”

The event organized with the Vice-President allowed women and men to share their stories with one of the most influential figures in the national government.

A story with faces

Thanks to thousands of people’s determination to improve their living conditions, Putumayo is becoming a prosperous and peaceful land for the people who cultivate it.

Twenty-three-year-old Camila Caicedo is one such person—both courageous and driven by hope.

“I want to make our plantation a profitable and model family business, in order to show the benefits of working legally to the community and to motivate young people. I think there’s something truly magical about cocoa. That’s why I say cocoa is peace, it is life.” 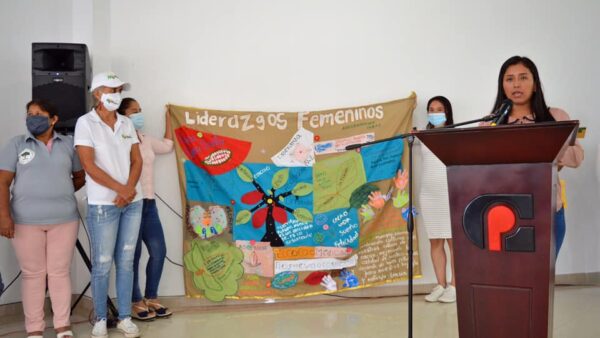 “We will not give up”, said Euber Rodríguez, a young cocoa farmer. As in the case of Camila, he has worked tirelessly, in alignment with Sustainable Development Goals.

With the support of the Canadian government and the private sector, SOCODEVI operations in Colombia are impacting more than 5,000 families across 5 regions. Through its AGROEMPRENDE CACAO project, our organization is improving the living conditions of producers by professionalizing and consolidating associative enterprises established in rural communities.