SOCODEVI is officially carbon-neutral, becoming the first international cooperation organization to be certified by the engineering consulting firm LCL Environnement.

SOCODEVI will also continue to offset its carbon emissions through its own program, the Tree of Intercooperation, which is now an option in the offsetting guide presented to clients certified by LCL Environnement.

“This is a huge step for SOCODEVI in terms of environment! We’ve been carbon tracking and offsetting since 2009, but we are delighted that this process has now been validated and certified,” says Marie-Christine Bélanger, Director of Consultancy Services and Innovation at SOCODEVI.

SOCODEVI has an environmental policy, which has already led the Quebec City-based organization with a presence across 15 countries to offset its international activities through its own program, the Tree of Intercooperation, and to commit to cutting down on its carbon emissions and waste at the source.

Travel details (type of vehicle, distance, and number of people per vehicle) for SOCODEVI’s personnel from all countries are recorded in an accounting program, which helps calculate and subsequently offset carbon emissions. Emissions related to institutional events and the organization’s infrastructure (electricity and heating) are also calculated and offset. 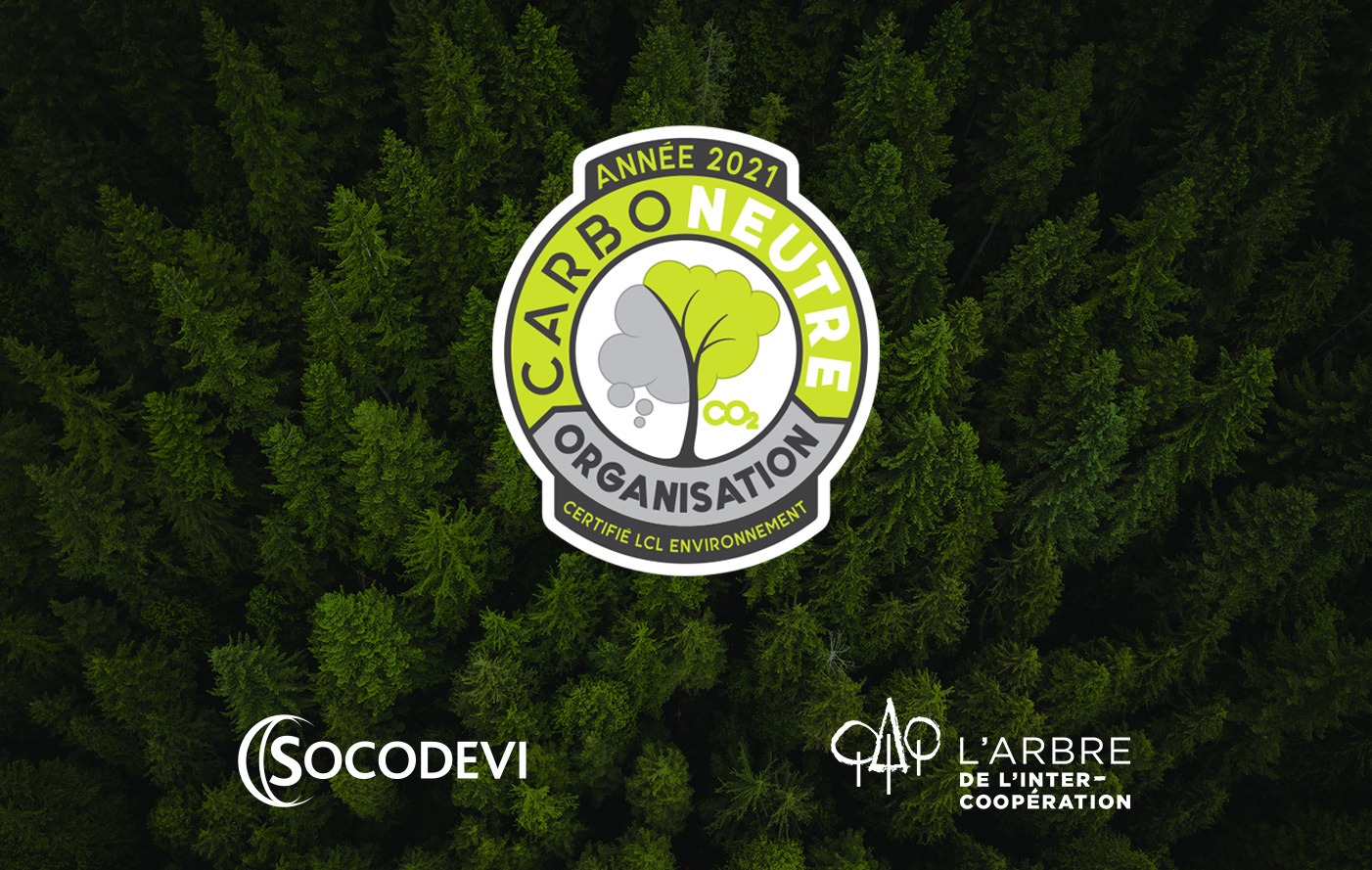 As Marie-Christine Bélanger points out, “What’s even more remarkable is that with the certification, we have the opportunity to continue offsetting our emissions with the Tree of Intercooperation, a tool we’ve developed in alignment with our values. Since the trees are planted by forestry cooperatives with whom we’ve partnered in Quebec and Guatemala, this means we have a special connection at a stage that’s usually delegated to a third party.”

The Tree of Intercooperation has also been added to the offset guide put together by LCL Environnement in order to better assist carbon-neutral clients in their choice of carbon offsetting programs.

“Tree planting offers many co-benefits, such as expanding biodiversity, greening, diminishing soil erosion, and reducing heat islands,” says Martine St-François, Commercial Director at LCL Environnement. “This makes for a unique program that lets you do a good deed for the planet while participating in an international project aimed at improving the living conditions of communities.” 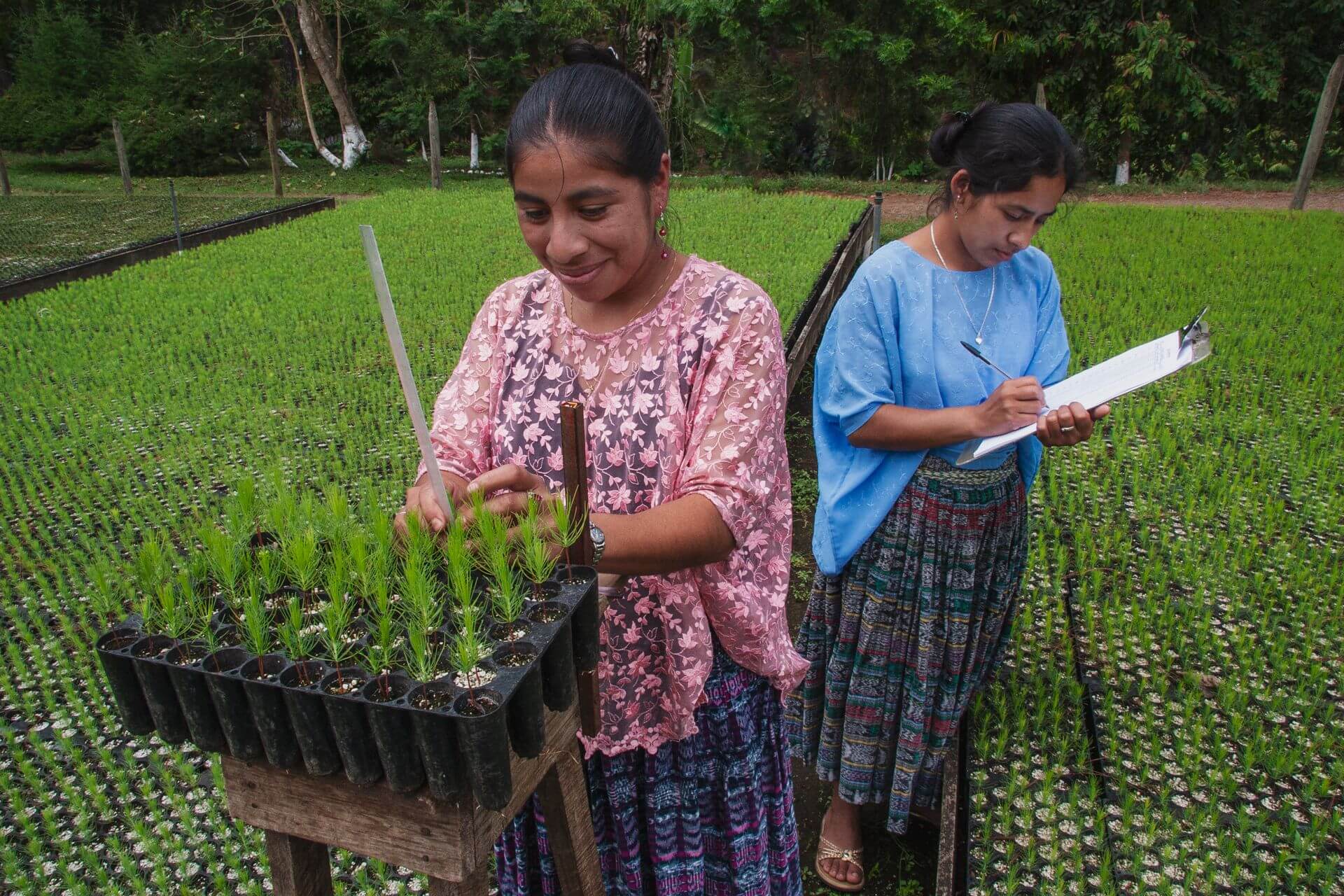 In order to grant certification, LCL Environnement cross-checked the greenhouse gas inventory, first drawn up by SOCODEVI, and the way it calculates its emissions factors; the mathematical formula differs according to the source of carbon (car, plane, gas heating, etc.).

“They then analyzed the data on the location of the Tree of Intercooperation plantings and carefully reviewed the evidence of tree planting and conservation,” Belanger says.

SOCODEVI can now rightfully tout its status as a carbon-neutral organization (Carboneutre) for one year! “This is an exercise that must be repeated yearly since the data varies from one year to the next or from one country to the next, in the case of an NGO, depending on their projects,” says Martine St-François, Commercial Director of LCL Environnement.

SOCODEVI will continue conducting its carbon audits as always, while improving its process thanks to the firm’s recommendations, and is committed to renewing its Carboneutre certification process annually.

To learn more about the Tree of Intercooperation, read this article.

A High-level visit in Vietnam