A new mandate for SOCODEVI in Ukraine!

SOCODEVI and our local partner Dnipropetrovsk Agricultural Advisory Service are looking at a new project, a new region, and a new context in Ukraine.

The Entrepreneurship Development for the Conflict-Affected Rural Population in Eastern Ukraine (WeProsper) project will support women and the most vulnerable and marginalized individuals in the rural areas of Donetsk and Luhansk, in the Donbass region.

More than 6,000 people are set to benefit from this initiative funded by Global Affairs Canada.

”Investing in opportunities for women and the most vulnerable and marginalized people is an investment in the future of the country. Through this initiative, these people have the potential to become powerful agents of change by uniting their voices with those of all other Ukrainians working to restore political and economic stability to the country.” 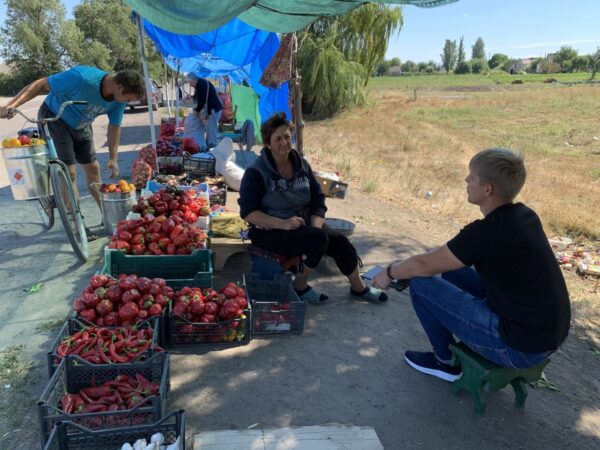 The goal is also for these two cooperatives to become models of inclusive and sustainable agri-food production in the country, superficially thanks to the support of our member institutions such as Sollio Groupe Coopératif and Agropur.

The Donetsk and Luhansk regions have suffered greatly from a conflict between several parties, according to the project’s field director, Maksym Maksymov.

“It’s a distressing context for the people who have been taken hostage by this situation, for which no speedy resolution is in sight. This is why SOCODEVI’s work in this region today is even more important than ever.” 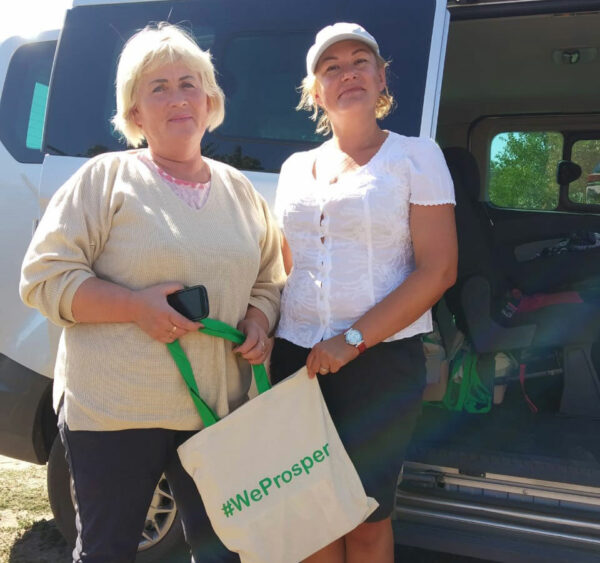 When hostilities broke out in 2014, more than 1.4 million Ukrainians were displaced to other parts of the country. The wealthiest families left for the big cities. However, a large swath of families have stayed put within a 200 km radius—in familiar but hostile terrain, close to their relatives.

“These families have received almost no financial support, and have struggled to be able to legally register their new economic activities,” says Maksym Maksymov, who is very familiar with the local reality.

Supply chains have been disrupted and the Luhansk region no longer has permanent rail connections with the center of the country. The financial system is also affected, as commercial banks refuse to lend to their clients because of the risk of further hostilities, and the large markets for agricultural products have all but disappeared.

“With the WeProsper project, we’re going to do our utmost to give them new goals, a new enterprise, and an endeavour that they can channel their energy into.”

The double burden faced by women

Women, especially those who have found the means to become established in rural areas after leaving home, have more difficulty accessing productive and financial resources. Because of the destruction of infrastructure (markets, transportation and networks), they not only encounter more obstacles to entrepreneurship but must take care of their families and carry out manual productive tasks. Traditionally, it is still the men who handle tasks requiring machinery.

Sofia Burtak, Gender Equality Specialist for SOCODEVI in Ukraine, is already imagining new opportunities for these women in the coming years. 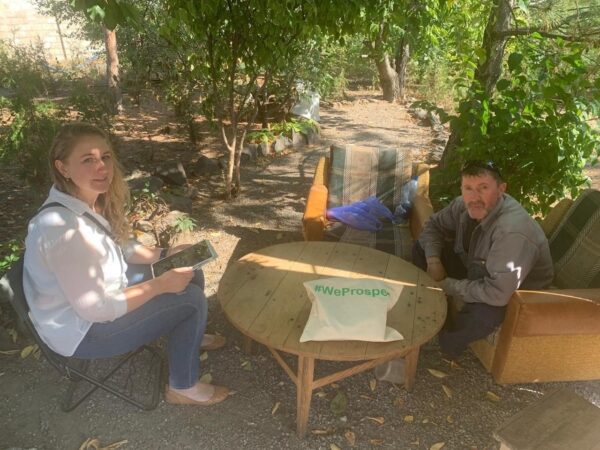 “Promoting women’s leadership, opportunities and rights is an integral part of the SOCODEVI field school program,” she says. “This is hand-in-hand with the close support of cooperatives and training in accounting and management.”

By accessing the services of their cooperatives, women members will be able to reduce their expenses and boost the value of their dairy, market garden, and grain products.

According to Sofia Burtak, “They’ll be able to benefit from new cooling, storage, and processing infrastructure.As a group, they will be able to forge a network to defend their interests at the national level!”

Since January 2014, Canada has been one of Ukraine’s main partners in bilateral development assistance, having provided more than $840 million in multifaceted assistance, including $41 million to SOCODEVI for 3 projects..

A Major Women’s Cooperative Is Born